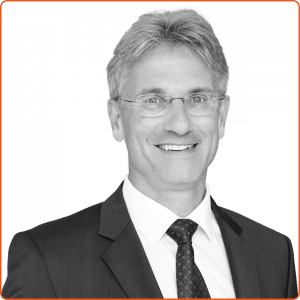 Martin Krauss completed an apprenticeship as an industrial manager, trained as a reserve officer and worked in project management. Martin Krauss studied business administration at Aston University in Birmingham and Friedrich-Alexander University in Erlangen-Nuremberg, where he was also a lecturer in the “International project management in plant engineering” master’s program from 2015 to 2018. He carried on his professional career in 1994 in the area of strategy consulting at Siemens. Until 2013, he held various positions at Siemens in Germany and abroad,
most recently as member of the Managing Board and CFO of the „Siemens Regional Company Turkey“ in Istanbul and as CFO of Siemens VAI Metals Technologies (since 2015 Primetals Technologies) in Linz (Austria). 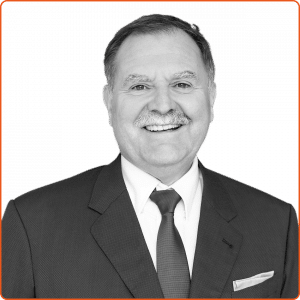 After completing his law degree at the Johannes Kepler University in Linz, Austria, and then his internship at a law firm in Upper Austria, Dr. Chalupsky has worked in his profession in Wels,
Austria, since 1982. He and Dr. Maximilian Gumpoldsberger built up Chalupsky & Gumpoldsberger in Wels until its merger with Saxinger & Baumann to become SCWP in 2000. Since 1999, Dr. Ernst Chalupsky has been a partner and managing partner of the legal firm Saxinger, Chalupsky & Partner Rechtsanwälte GmbH (SCWP). In addition, Dr. Chalupsky is Deputy Chairman of the Supervisory Board of KTM Industries AG and member of the Supervisory Board of many other renowned companies in Upper Austria. 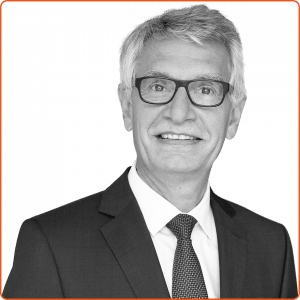 Johannes Feldmayer (*1956) has been a member of the Board of TGW Future Private Foundation since June 2016. He is also on the Supervisory Board of TGW Logistics.

After completing his business apprenticeship and the Young Managers MBA Program at the INSEAD Business School in Fontainebleau in France, he worked in various management positions in Germany and abroad for Siemens AG, was responsible for steering the group strategy and a member of the board of the Siemens Group from 2003 to 2007. In 2006, the Technical University Berlin awarded an Honorary Professorship to Johannes Feldmayer for his work in strategic management. Since November 2009 he has been the General Manager and Chief Representative of
Heitec Group, an engineering company based in Erlangen, Germany. Johannes Feldmayer has served as a member of the supervisory boards of Infineon AG, Exxon Europa, Eckelmann AG as well as Metric mobility solutions AG and is currently a member of the Management Board of Leuze electronic GmbH + Co. KG and the Supervisory Board of Friwo Gerätebau GmbH. 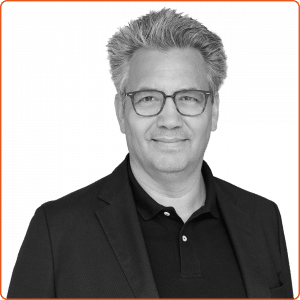 Christian Lutz (*1966) is a member of both the TGW Future Private Foundation Board and the Supervisory Board of TGW Logistics. He has had ties with TGW since 1986 when he worked as a student for the company during his mechanical engineering degree studies – and has remained closely associated ever since.

Starting in 2010, he was a consultant for the former supervisory body until he became a member of the TGW Future Private Foundation Board and the Supervisory Board of TGW Logistics in 2014. Based in Vorarlberg (Austria), Christian Lutz is serial entrepreneur in the software industry and currently dedicated CEO and founder of the venture capital-funded software company Crate.io, headquartered in San Francisco. He has over twenty years’ experience in the development and management of enterprise software, IT and in the media industry. Christian Lutz studied at the Technical University Vienna until 1994 and at Harvard Business School from 2008–2011.11. 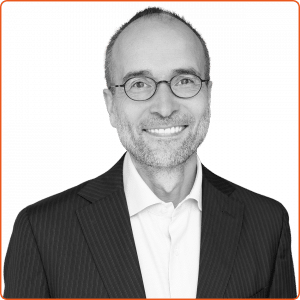 Dr. Clemens Steiner (*1969) has been a member of TGW Future Foundation’s Board and of the Supervisory Board of TGW Logistics Group GmbH since January 2017. He has had ties with TGW and its co-founder and benefactor Ludwig Szinicz since 1991.

He completed his master’s thesis at TGW in 1992. In 2002 he got his PhD in corporate management and organisation on the subject of “SMEs go global – successful internationalization strategies for medium-sized companies”. Dr. Steiner has been working for TIGER Coatings since 1995 and managing the company as CEO since 2003. He holds an Executive Certificate in Global Management and is alumni of INSEAD in Fountainebleau, with a focus on Innovation Management, Strategic Management and Mergers & Acquisitions. In tandem with this, for 20 years he has been extensively involved with spirituality, Liberating Organisms as a framework for self-managing organisations for healthy cooperative working and leading with vision and values. Dr. Clemens Steiner has deepened his holistic networked approach through an agricultural education and finds a balance to his profession in his work as a part-time organic farmer and organic beekeeper.