About the Founder Ludwig Szinicz 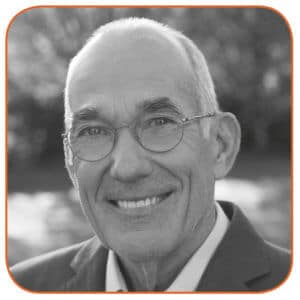 In 1969, Ludwig Szinicz together with Heinz König, founded TGW Transportgeräte GmbH & Co. KG, Wels (Upper Austria).
In 2000 the entrepreneur resigned from active business and transferred the management to a younger team of three employees all aged around 30 at the time.

Four years later, in 2004, he donated his 100% share in the company to the TGW Future Foundation, which is now the owner of the company. The objective of this donation is to enable the TGW Logistics Group to continue its activities in line with the founder’s vision, i.e. according to his Foundation Philosophy “Focusing on People – Learning & Growing”, and to enable the company to remain independent.

Since 2007, social entrepreneurship has been promoted through projects of the subsidiary foundations of the non-profit Future Wings and CAP.future GmbH. 10% of the earnings of the TGW Logistics Group are reserved for these non-profit, charitable activities.

After completing school in Linz, Ludwig Szinicz attended the HTL Maschinenbau (engineering college) until 1958 and then did a degree in business studies at the Hochschule für Welthandel in Vienna, qualifying in 1963. In 1964, the business graduate (Diplomkaufmann) founded BEST – Baueisen- und Stahl-Bearbeitungsgesellschaft m.b.H., Haid and remained its managing partner until 1985. Since 1969, TGW has been his professional home. Together with Heinz König, Ludwig Szinicz as owner and managing director developed TGW from a metal-working shop with just ten employees to a manufacturer of mechatronic systems for intralogistics.

We use cookies on our website to give you the most relevant experience by remembering your preferences and repeat visits. By clicking “Accept All”, you consent to the use of ALL the cookies. However, you may visit "Cookie Settings" to provide a controlled consent.
Cookie SettingsAccept All
Manage consent

This website uses cookies to improve your experience while you navigate through the website. Out of these, the cookies that are categorized as necessary are stored on your browser as they are essential for the working of basic functionalities of the website. We also use third-party cookies that help us analyze and understand how you use this website. These cookies will be stored in your browser only with your consent. You also have the option to opt-out of these cookies. But opting out of some of these cookies may affect your browsing experience.
SAVE & ACCEPT